Game recommendations from Steam Next Fest!

There is no Light - Battle your way through the grim Underground world in this brutal action-adventure RPG. Exterminate hordes of enemies, fight dangerous bosses and explore the world the way you want! (TBG Demo Availlable on Steam)

Brotato - Brotato is a top-down arena shooter roguelite where you play a potato wielding up to 6 weapons at a time to fight off hordes of aliens. Choose from a variety of traits and items to create unique builds and survive until help arrives.! (TBD Demo Available on Steam)

Angerfoot - Anger Foot is a lightning-fast action FPS where the only things harder than your ass-kicking feet are the ass-kicking beats. (TBD 2023 Demo Available on Steam)

Ragtag Crew - A turn-based tactical roguelite where party members can bicker or forge bonds. Pick their classes AND personalities and brave the post-apocalyptic desert, fighting enemies and… each other’s opinions? (Q2 2022 Demo Available on Steam)

Roots of Pacha - Be a part of a thriving stone age community. Discover “ideas,” domesticate crops, befriend animals, and contribute to the growth of your village. Play with friends in co-op or explore the early days of civilization in single-player. (TBD 2022 Demo Available on Steam)

Dome Keeper - Mine for resources, choose from powerful upgrade paths and fend off waves of alien attackers in this innovative roguelike mining action game. There's just enough time to mine a little deeper, find a little more and get back to defend before the next wave attacks your dome. (TBD 2022 Demo Available on Steam)

Coral Island - Coral Island is a vibrant and laid-back reimagining of farm sim games. Be who you want and experience enchanting island living at your own pace—live off the land, nurture animals, build relationships with a diverse cast of townsfolk, and make the world around you a more vital and harmonious place. (Oct. 11th on Steam)

Turbo Golf Racing - Turbo Golf Racing is an arcade-style sports racing game for up to eight players online. Slam into oversized golf balls and race your friends in an explosive dash to the finish flag. (TBD Demo Available on Steam) 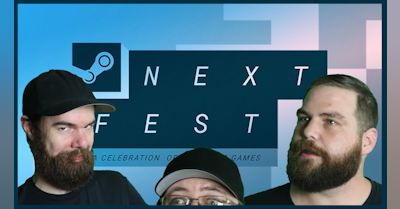 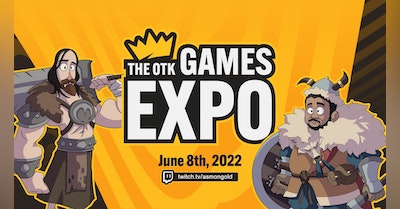 Video Game Tango brings you all the news, trailers, release dates, and Steam links all in one convenient package! Check out all the games announced and s…